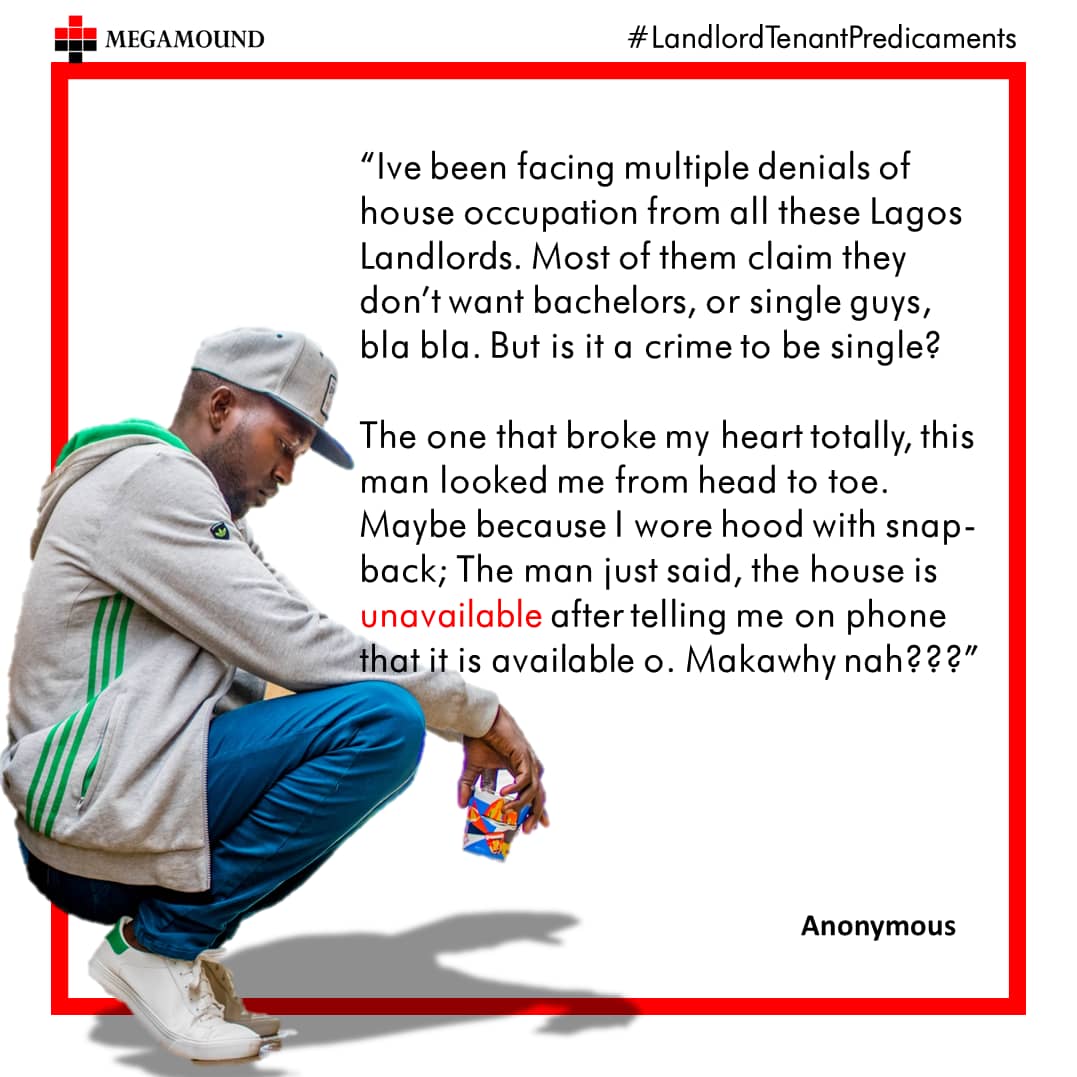 #TenantLandLordPredicaments is a new series that will be focusing on the issues taped around acquiring and giving houses from and by the house owners all over the country.

We know how laborious it is renting houses of your choice especially this Lagos. It can even give you migraine…. Did I say migraine, it can get you admitted to the hospital. Funny. But yea, that’s it.

How about single guys that are being denied house by landlords because he is “a bearded single guy all dressed up in hood and snapback”? Okay let’s hear his story:

“I’ve been facing multiple denials of house occupation from all these Lagos landlords. Most of them claim they don’t want bachelors, or single guys, bla bla. But is it a crime to be single?

The one that broke my heart totally, this man looked me from head to toe, maybe because i wore hood with snapback; the man just said the house is UNAVAILABLE after telling me on phone that same day that it was available o”. Makawhy nah???”   ~Anonymous

What we can say is that a high population of single guys have track record of atrocities  (that word seems too “conc” though). You know, all these unscrupulous behaviours can be easily attributed to young guys BUT it is not a fact-based opinion that they aren’t the best choice to rent to. We have some bachelors that have a clean slate throughout their stay while some couples have their own slate all messed up.

It is on the landlord’s part to do a proper background check on “any” tenant no matter their looks.

Kindly give us your take on this. We would so much appreciate it.